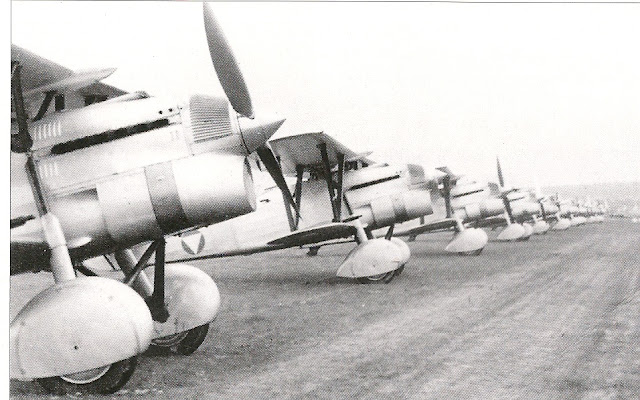 This a mainly photographic post, but it is significant because these pictures are relatively rare and they were probably never published in the Unites States. The article appeared on the No. 113 issue of  Ali Antiche, the magazine of G.A.V.S., the Italian organization for the preservation of historical aircraft, and it was published here with their permission.

The period between the two world wars was a time of great achievements for the Italian aviation industry. The long distance cruises in formation and the record-setting flights were followed by a considerable activity of export.
More than 1,500 aircraft were sold throughout the world, more than 100 of which went to the Austrian Republic. For Italy that was a great economic boost, but it was also a means of obtaining strategic raw material for which there was a great need. For every aircraft sold, a double amount of raw material had to be given in exchange.
It might even be surprising that foreign countries bought Italian aircraft of manifestly obsolete technology, but the local conditions, the immediate availability, and the comparatively low price of the Italian airplanes must be considered.
The Austrian Republic imported 33 FIAT CR.20bis' and 3 CR.20B's, of which 17 CR.20bis' and 1 CR.20B's were incorporated and employed by the German Luftwaffe after the Anschluss.
In addition, three FIAT CR.30bis' and three CR.30B's were purchased later in an effort to modernize the Austrian flight-line. By that time, the characteristics of the CR.30 were already considered unsatisfactory even in the manufacturing country, and the CR.30's were soon replaced by the more capable CR.32's. A line of CR 32's, in their characteristic ivory-colored livery, can be seen in the title photograph.
The order was for 45  bis version CR.32's that would serve with the 2nd Austrian Jagdgeschwader. After the German annexation of Austria these aircraft became trainers and, afterwards, 36 surviving  CR.32's were ceded to Hungary.

Twenty Caproni Ca.100's with FIAT A50 radial air-cooled engines were assigned to the Austrian flight schools with civilian registration, but very often with both military and civilian registration numbers. Eleven of these airplanes were later incorporated in the Luftwaffe. 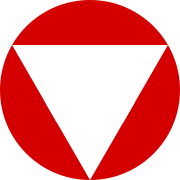 Another small acquisition consisted of half a dozen FIAT-Ansaldo A.120R's in a special version, with modifications requested by the Austrians to the cockpit, and with the addition of a frontal radiator under the nose.

In an effort to equip the Austrian Air Force with a valid trainer, twelve Breda Ba.28's, with Piaggio P.VII engines, were purchased. Only fifty of these aircraft were built. The Breda Ba.28 was not very loved by the pilots, who considered it dangerous in aerobatics. Six of the Austrian Ba.28's eventually went to train German pilots.


Five CA.133's were bought from Caproni, one of which was soon lost in an accident. The Germans took possession of the other four, which served in multiple roles from transport to liaison duties, from training to para-troop launch.


Eight Romeo Ro.37's were purchased with the proceeds of a public fund-raising effort, which included the sale of special letter seals. Two of these were later incorporated in the Luftwaffe.

I hope you found that interesting.
All comments, as usual, will be very appreciated.
Thank you,
Leonardo Pavese