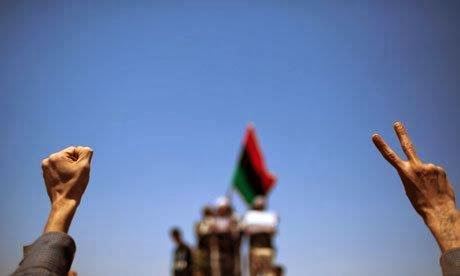 The Libyan War: the absurdity of it is in the numbers.
By Gianandrea Gaiani  (Translated by Leonardo Pavese).

There really wasn’t a need for new revelations to remind us of the absurdity of the Libyan war that, in 2011, led to the killing of Muammar Gaddafi and the fall of his regime. Fomented by the Emirates of the Gulf, headed by Qatar with the support of France, the United States and Great Britain, the war created chaos in Libya - a country that by now has been thoroughly rendered like Somalia, and has fallen in the hands of tribal militias, Islamic terrorists and criminal gangs, exactly like the African Union had warned us. The same war has seriously damaged Italy, forced by her NATO “allies” to intervene against a government with which she had made a Friendship Treaty, and against a country that was her main supplier of oil. In the history of war, this is probably a unique case. As we all remember, the Libyan war also marked the point of lowest credibility of the Berlusconi administration, and the erasure of Italian national sovereignty: a condition that was later sealed by the government of Mr. Monti, forced on the Italians by their Euro-American handlers. 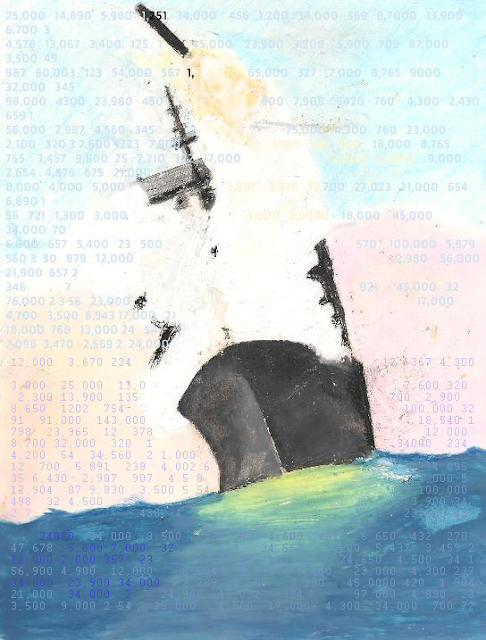 The rhetoric of the popular Libyan insurrection against the tyrant of Tripoli has been also widely brushed off by the facts that were emerging even during the war. We know that the insurrection in Cyrenaica was instigated by Qatari agents, who relied on the rebel islamist groups that flanked the regional and independentist movements, inspired by the monarchy of King Idris. We also know that the rebellion would have failed without the robust intervention of a U.S. led coalition first, and without the NATO forces of operation Unified Protector later, who sided with the rebels but took as long as seven months to defeat the loyalists. It is impossible to forget that the allied forces could have never handled a prolonged military operation without the Italian military bases, and we have irrefutable evidence that Tripoli was not taken by the ragtag rebel army, but by a few thousand Qatari soldiers who had shed their uniforms to look like militias.

In the past two years since the end of the war, we actually had several occasions to miss Gaddafi - a ruthless and shrewd dictator who,  since 2004, had nevertheless opened the doors to the West, cooperating with us commercially and in the fight against Muslim terrorism. Without him, the Libyan oil supplies to Italy have decreased, and they risk stopping altogether, because all the oil terminals and oil wells are at the mercy of the various tribal militias. Without the Colonel, Libya has become al Qaeda’s “New Afghanistan,” and the smuggling of human beings to the Italian island of Lampedusa has resumed massively, with more than 100,000 arrivals in the last two years. Even the French bitterly regret their Libyan adventure, which allowed al Qaeda to rearm looting the Libyan arsenals, to occupy half of Mali, and to threaten Algeria and the entire Sahel. There really was no need for new revelations to fuel the sense of frustration after a war that, for Italy and the West, was suicidal, and only helped our enemies. Therefore, the October 31 information release, in Tripoli, by the Libyan office of statistics and census, which revised further downward the number of casualties of the 2011 war, sounds like the last joke played on us Westerners. During the war, our leaders and public opinion drank deeply from the propagandist sources of information of al Jazeera and al Arabiya which, since the early days of the revolt in Benghazi, blew out of proportion the dead and wounded reports, relying on unreliable and manipulated sources.
The data published a few days ago reported 6,048 dead and 831 wounded during the 2011 “revolution,” compared to the 50,000 casualties among civilians and fighters that the rebels announced on August 30, 2011; a number that was later halved at the end of the war. We’d like to recall a couple of pearls of rebel war propaganda: on February 23, a week after the beginning of the conflict, al Arabiya reported 10,000 dead and 50,000 wounded, a number that was deemed “credible” by the Italian Foreign Ministry. On March 25, the Benghazi rebels communicated to al Jazeera that between 8,000 and 10,000 people had died in the uprising against the regime. 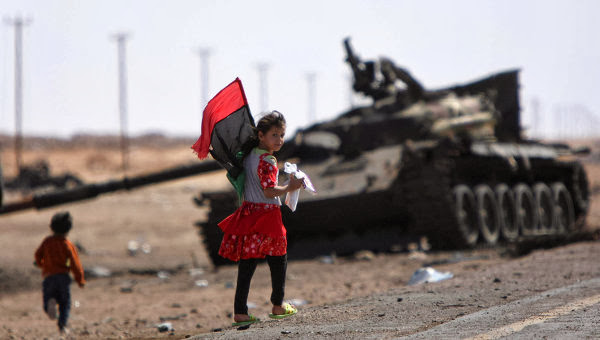 The government statistics do not differentiate among regular forces and militias, but many factors seem to indicate that the majority of the casualties were soldiers killed by air attacks. The almost 260 allied aircraft (half of which were fighters) and the 21 warships launched about 10,000 projectiles against Libya during 26,500 sorties, 9,700 of which were air-strikes. There were as many as 5,900 stricken targets, including 600 tanks and armored vehicles, and 400 artillery pieces - a volume of fire that caused an undefined number of victims.  But, taking into account that every tank or armored vehicle usually houses not less than four or five soldiers and crew members, it is not difficult to figure out that most of the 6,000 “certified” government casualties were Gaddafi’s troops killed by NATO’s weapons.
A true joke, played on the West that believed (or wanted to believe) the reports of the bloody repression in the cities of Cyrenaica, or the news of the regime mass graves and the indiscriminate bombing of Misurata, the “martyr city,” in which, after the war, the rebels distinguished themselves for their racial violence and the looting against the black population, and today are getting rich smuggling humans to the Italian coast.

Gianandrea Gaiani is an Italian author who edits the Italian on-line magazine Analisi Difesa. On this blog, I have already published several translations of his articles. Here's two more about the Libyan situation, and a possible Italian role in it, after the war. This one instead is about the role of al-Qaeda in the Syrian rebellion, an on the same page you will find links to other translations of Mr. Gaiani's articles on this blog.
The article you just read appeared originally on the Italian on-line newspaper La Nuova Bussola Quotidiana , and was published here by permission. (I'd like to thank J.J.P. for reviewing the English text).
Your comments will be greatly appreciated. Thank you,
Leonardo Pavese
2011 Libyan rebellion casualties in the 2011 Libyan War Gaddafi human smuggling to Italian coast Libyan Italian Friendship Treaty Misrata role of Qatari agents in 2011 Libyan War