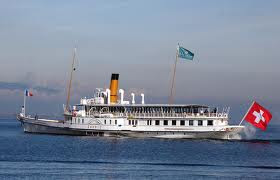 This is a translation of an article about Switzerland by Antonio Martino.
Mr. Martino is an Italian economist and member of parliament. He was the italian Minister of Foreign Affairs during the first Berlusconi Administration and Minister of Defense in the second and third Prime Minister Berlusconi’s government.
He’s a professor of economics at the LUISS University in Rome, and he was president of the Mount Pelerin Society a libertarian think-tank founded, among others, by  F. Hayek and Karl Popper.
Mr. Martino, when he’s not fighting the collectivist fire, which in Italy, unfortunately, comes from the right as well as the left, blogs in Italian at:antonio martino.org
The article is a look at Switzerland, an admirable example of decentralized federalism, responsible fiscal policies and direct democracy, which has endured for centuries.
As always your comments will be greatly appreciated.

To be a classical liberal today means to know how to be conservative, when it comes the time to defend the freedoms which have already been achieved, and radical, when it’s time to conquer spaces of freedom which are denied to us. Reactionary, to regain freedom that has been lost, and revolutionary, when the conquest of liberty leaves no room for alternatives. And a progressive always, because there’s no progress without liberty. 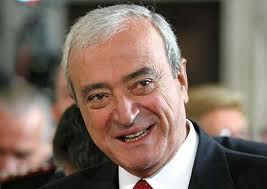 Switzerland: the Forgotten Miracle
(by Antonio Martino, translated by Leonardo Pavese).
While the entire Europe is in the midst of economic and financial problems of enormous magnitude, facing the concrete possibility to sink into the worst economic recession of its history, a few miles north of Milan there is a country about which nobody ever talks, but which should be studied, understood and, when possible, emulated. I am obviously referring to Switzerland, which enjoys a political, fiscal and monetary framework that is simply formidable.
Switzerland is  a relatively small country: her seven and a half million inhabitants are much less than the nine and a half million of Lombardy, (Lombardía is a region in northern Italy. Its capital is Milan, ndt); nevertheless, while we in Italy cultivate the senseless idea that Lombardy, as far as its size is concerned, can be a Region, meaning an autonomous territorial entity, the not-quite eight million Swiss are organized in no less than twenty-six mini-states called cantons.
As far as its political set-up is concerned, Switzerland is a confederation; which is to say that the functions of the central government are rigorously limited to the scope of what is considered to be the general interest, while everything else is the competence of the cantons.
The proof that this form of federation works well is the fact that, very rarely, Swiss politics grab the attention of the media and that I’m convinced that almost no one, among the readers, could name the head of the government of that country. (Her name is Doris Leuthard , but to be technically correct, in Switzerland the entire seven member Federal Council is considered a collective head of state, ndt).
In the Swiss Confederation the referendum, the popular consultation, is a great form direct democracy: in fact, because in Switzerland there is no set quorum  for the consultation to be valid, the incentive to go vote is much stronger than in Italy where, because of the existence of the quorum, not voting is often the most popular alternative. (Quorum, in this case, means the minimum number of voters for a vote to be valid, ndt). It was a referendum that in 1971 extended the right to vote to women, as it was a referendum that allowed Switzerland to join the United Nations in 2002, (making an exception to conserve the neutrality of the country which dates back to 1674!)


The average per capita income of the Swiss in 2010 equalled $ 41,765, (in the United States of America it was a little higher than that, and in Italy it was a little less than $32,000), which means that the Swiss are among the richest people in the world; and that’s not a small accomplishment, considering that the natural resources of the country are scarce, Switzerland has no access to the sea and it is an heterogeneous society, linguistically speaking, (three official languages, plus Romansh) and religiously.

An editorial, which appeared a short while ago on the Wall Street Journal, (4/27/2012) illustrates one of the reasons of the Swiss success. In 1985, a popular referendum, with the approval of about 85% of the voters, introduced the so-called “Debt Brake”, which forces the federal government not to increase its spending at a rate higher than the tendential rate of increase of tax revenues. This idea is simply a stroke of genius: the law does not mandate a balanced budget on a yearly base, but only that the increase in spending won’t exceed the growth the tax revenues experienced in a given period of a several years. Therefore, in a given year the budget could even be in deficit, (when the economy is not doing well), or in a surplus (in times of plenty), but it will have to be balanced in that given number of years which was taken into consideration.
We shouldn’t forget, of course, that Switzerland also has a constitutional limit on tax rates levied by the central government: 11.5% on personal income, 8% for the value added tax and 8.5% for the corporate tax rate. This low tax rate level should not surprise anyone, because most of the taxes are levied at the canton level, and only the remainder is taken by the central government. Those “ceilings” could only be raised if the majority of the voters in the majority of the cantons so decided. Thanks to these restraints, the expenditures of the federal government remain below 20% of GDP, (Gross Domestic Product) and the total public spending, (the expenses of the cantons included) amounts to about 34% of GDP. 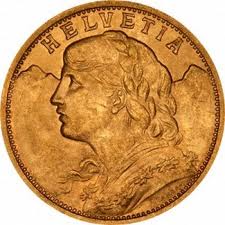 Between 2005 and 2010, the Swiss national debt decreased from 53% to 40% of the GNI (Gross National Income), while those of the Eurozone’s countries rose from 70% to 85% of GNI! It is easy to understand why the Swiss model has inspired Rep. Kevin Brady, (R-TX) Vice-Chairman of the important Ways and Means Committee of the United States Congress, who has proposed legislation modeled on the Swiss idea of the “Debt-Brake.”
What instead is very difficult to understand is why we in Italy always look up with admiration to the example (very often not very exiting) of the most disparate countries, instead of looking at the enormous success of our neighbor to the north.
During a TV show, after I had confessed my Swiss-philia, Mr. Visco, (Vincenzo the Wringer) came out with the bizarre thesis that Switzerland was a “tax-haven.” Only someone like Mr. Visco could be convinced that a “tax-hell” like ours could be preferable to the prosperity of Switzerland!
Antonio Martino classic liberalism. Confederation miracle Swiss Army knife Swiss Federal Council Swiss Franc Switzerland taxes Vincenzo Visco