Showing posts with the label Rodari
Show all 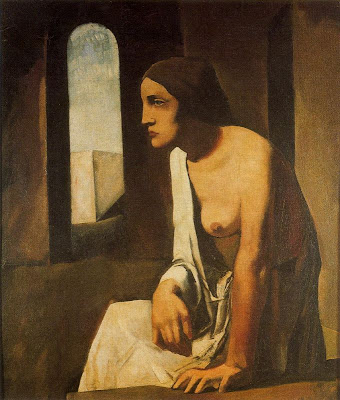 A short biography of Mario Sironi.  by Elena Pontiggia (translated and edited by Leonardo Pavese).  Posted by permission from the Associazione Mario Sironi   “My greatest pleasure has always been to deal with matters of art; and I spent countless hours at my table when other people my age had fun. This passion was so strong in me, and art seemed such a great thing to me, sublime and unreachable, that I had always considered it an immense deity of which, unfortunately, to me mere mortal was only conceded to breathe the perfume.” This is what Mario Sironi, in 1903, at the age of eighteen, wrote to his cousin Torquato. Sironi was born in 1885 in Sassari, on the island of Sardinia, where his father worked at the time, but he was brought up in Rome, not far from Villa Borghese. “He considered himself a Roman, more than anything else; and of the Roman he also had the accent.” That is how Amedeo, Margherita Sarfatti's  son, who spent much time with Sironi, remembered him.
Post a Comment
Read more
More posts