Showing posts with the label Lightning II
Show all 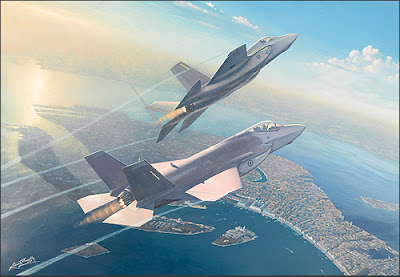 Italian F-35's over Venice. Illustration by  Roberto Zanella During the final phase of the second world war, the Lockheed P-38 Lightning fighters were a thorn in the side of the Italian Royal Air Force, and later the Aeronautica Nazionale Repubblicana. Today, in a very contested election campaign, an aircraft by the same name, the F-35 Lightning II, has become a thorny political issue. The following is a translation of an article by Gianandrea Gaiani, which I am able to publish by courtesy of the author and the editors of the online daily La Nuova Bussola Quotidiana in which it originally appeared. Many thanks to J.J.P for reviewing the English text. Your comments will be greatly appreciated. Leonardo Pavese Who needs the F-35, really? by Gianandrea Gaiani How many votes does defense spending really bring? The easy answer to this question seems to have stimulated Italian politicians to look for consensus, confronting in a populist and simp
Post a Comment
Read more
More posts