Libya from the Air (With a Brief Look at Morocco) 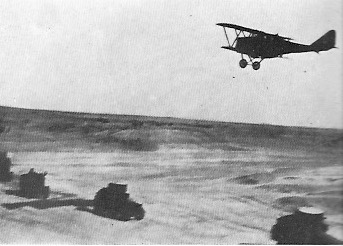 Cyrenaica: A two-seat SVA in air-cooperation with a Squadriglia of Italian Royal Army's armored cars.   The Italian Royal Army was the first armed force in the world to employ aircraft in combat, during the 1911-12 Italo-Turkish War for the control of the territory that became modern Libya. After the end of WWI the Italian airplanes were back in force on their Fourth Shore (as the Italians called Libya), and it was there, where airplanes had fought for the first time in history, that the European colonial forces grew their wings and learned to fly. The following is a translation of an excerpt of an Italian "Storia dell'Aviazione," written by various authors and published in weekly installments in Italy by Fratelli Fabbri Editori S.p.A. beginning in 1973 (this comes from issue N. 42). After the Libyan chapter I added a page about what the Spanish airmen were facing in Morocco at about the same time. I hope you will find it interesting, and your c
Post a Comment
Read more
More posts