Showing posts with the label Ca’ degli Oppi
Show all

The Americans and the Caproni 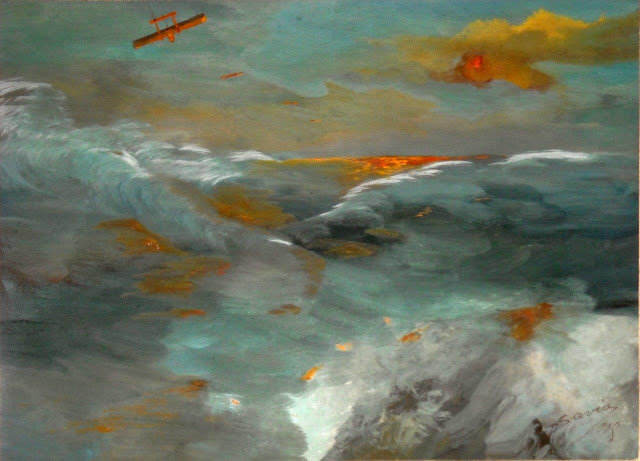 The Gold Medals for military valor awarded to Italian airmen during the First World War were very few, fewer than the ones awarded for the Italian conquest of Ethiopia in 1936; but their correct number is not 22, as reported by some books, but 23.               By Roberto Gentilli (Translated by L. Pavese).               The 23rd medal was awarded to a foreigner, Lieutenant Fenafly Coleman de Witt, of the American Flying Group of the Army of the United States of America.  As it is well known, many American aviators arrived in Italy in 1918, and were trained for the bombing specialty on Italian Caproni tri-motors, mainly at the Air Training Center in Foggia. While the contribution of other allied Air Forces, mainly French and British, to the Italian war effort consisted of organic air groups, that is, complete and self sufficient reconnaissance and fighter squadrons, the Americans were fully integrated in the fabric of the Italian air arm: from the flying train
Post a Comment
Read more
More posts