Showing posts with the label Anselmo Bucci
Show all

The Nineteen Hundreds of Margherita Sarfatti 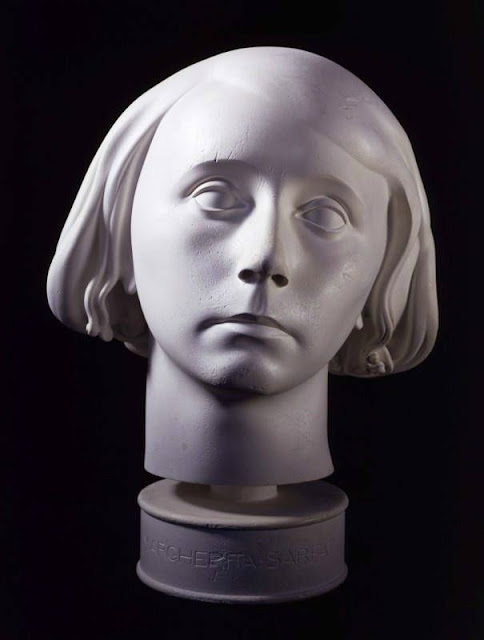 Sarfatti by Wildt  Between Fascism and anti-fascism. By Ivan Buttignon (Translated by L. Pavese).           At the end of 1922, with Benito Mussolini firmly seated as President of the Council of Ministers (the executive branch of the Italian government), Margherita Sarfatti began to delineate her cultural project in a modernist sense. With Mussolini’s permission, Sarfatti founded the artistic movement Novecento Italiano (the Italian 20 th century) with the goal of creating an entirely new Italian art that would reinvent the Italian tradition from Roman to medieval art, merging it with modernity and therefore becoming the figurative transposition of fascist ideology. But let’s take a step back. In an artistic sense, by the end of the year 1919, the Futurist artists were feeling very much disoriented. And after Mussolini’s May 1920 sharp turn to the right, they began to feel disoriented in the political sense as well. They rejected the movement to the right and deno
Post a Comment
Read more
More posts