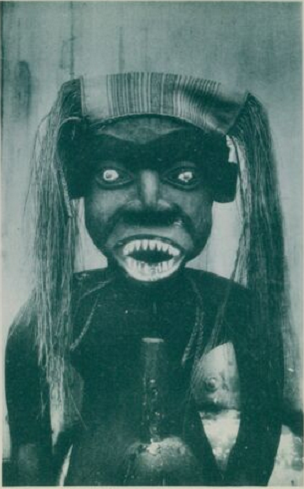 African Black Magic. It is all over us     by  Roberto Dal Bosco         It is impossible that anyone who knows anything about non-European spirituality did not think that the assault by a Congolese lady against Italian senator Matteo Salvini, on September 9, 2020, might have been impregnated with an African “magical” element.         In fact, the nature of the act was made self-evident by the words and the actions of the one who carried it out. “I curse you,” she yelled. Then she tore up his shirt and his Rosary – that very contested symbol – even by the corrupt hierarchy of the Church – that he always wears around his neck.         Later, another video emerged in which the woman darkly yelled: “You will see blood.”         In short, it was a religious act in every way.             The daily newspaper Il Giornale , later followed by other newspapers, was the first to bring up the notion that the act might have been something inspired by African black magic –
Post a Comment
Read more
More posts