This brief article, which is basically an illustrated footnote, was originally posted in the № 114 issue of the Italian aviation magazine Ali Antiche as a postil of a larger scope article that covered the history of the Turin based S.T.A.L. Italian aeronautical company. The article takes for granted that the readers know, at least, some history of the S.T.A.L. company (I agree, not a good name for an aircraft manufacturer), and it could be a little obscure; nevertheless, it gives a chance to publish several nice drawings (which were probably never seen before outside of Italy); and it is interesting because it clearly proves that the concept of ultra-low-aspect ratio wings, capable to fly at very high angle of attacks and therefore at very low airspeed, had also intrigued aircraft designers of the Old World, like Willy Rosenfelder.
Your comments, as usual, will be greatly appreciated.
Thank you.
L. Pavese

The curious history of S.T.A.L. (A postil)
By Giovanni Masino (Traduzione di L. Pavese).
So goes the world: after one has spent years and a lot of energy dissecting the events of the past, consulting dusty archives and entire libraries, searching for the few survivors who still remember in order to interview them, as soon as one thinks one’s done, further elements pop up (luckily) which help one define better the unfolding of the story.
And that is what happened with a folder that emerged from the historical archive of the DIMEAS (Aerospace and Mechanical Engineering Department) of the Politecnico of Turin, Italy, with “S.T.A.L.” written with a red pencil on the cover. Inside the folder there were the wind tunnel results of the tests of several aircraft models, all attributed to Dr. Willy Rosenfelder of S.T.A.L., the company of which he was one of the founders and the vice-president. What really jumps to one’s eye is that the date of the early drawings of the aircraft that was shown on the n.114 issue of this magazine, and designated X-1, precedes the date of the establishment of S.T.A.L. by fourteen days!
As shown by the tryptic (in the title drawing), the aircraft is an ultra-low aspect ratio flying wing tail-less airplane: a formula that at the time had many advocates in Europe. It must be pointed out that, in the same period, Dr. Flaminio Piana Canova was investigating analogous wing designs at the Politecnico of Turin; although Dr. Canova’s wings were trapezoidal in shape rather than elliptical like Rosenfelder’s.


The December 13, 1934 wind tunnel tests at the Politecnico probably revealed stability problems, because the design was modified immediately with new airfoils and the addition of a horizontal stabilizer on December 16, 1934 (and a similar thing did Dr. Piana Canova, transitioning from the P.C. 100 to the P.C.500).[1] 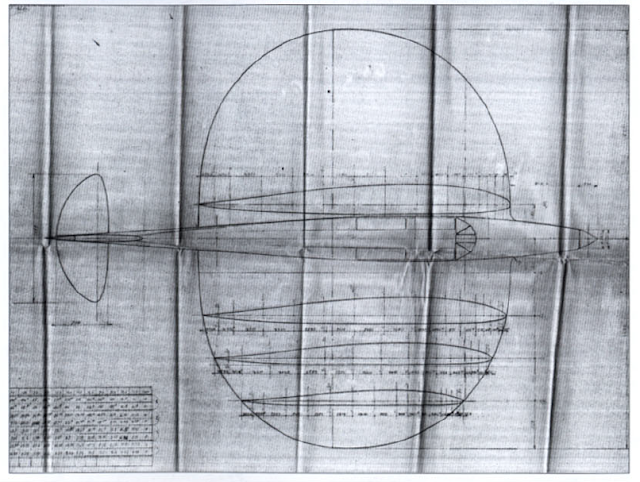 There is no trace of a designation of this derivative, but it was probably S.T.A.L. 2, since the following model was designated S.T.A.L. 3. The latter differs from all the others in having a different wing planform (a sort of gothic delta wing), without a horizontal stabilizer, but with a sizeable slot near the middle of the wing. This is the same solution at which Dr. Piana Canova had arrived in his design of a general aviation aircraft of the same period [2]. Could it be that the two men knew and frequented each other, exchanging the results of their research?

The wind tunnel tests of a model of the S.T.A.L. 3 bear the date May 6, 1935 and, probably, the tests ended then with the transition to a more conventional design: in fact, the wind tunnel tests of the wing of the S.T.A.L. 11 are dated June 25, 1936.
In any case, unlike Dr. Piana Canova, Dr. Willy Rosenfelder, who now has been confirmed as the actual designer of all the S.T.A.L.’s aircraft, regrettably never had the satisfaction of seeing anything elaborated by his fertile and remarkable mind actually fly.