Every now and then, I find beautiful and interesting historical pictures of Italian aircraft and the people around them, probably rarely seen in the Anglosphere.

I hope you will find them interesting too.
Your comments will be greatly appreciated. 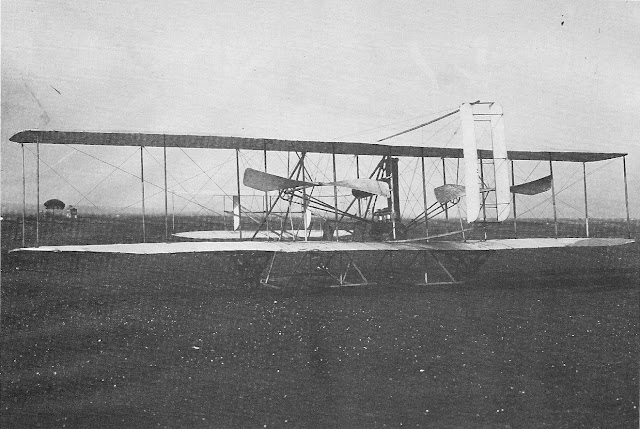 Rome, Centocelle Airport (now closed), April 15, 1909. The Wright brothers were in Italy to show their airplane and hopefully win over more clients. The first airplane to fly in Italy had been Delagrange’s Voisin, on May 25,1908. 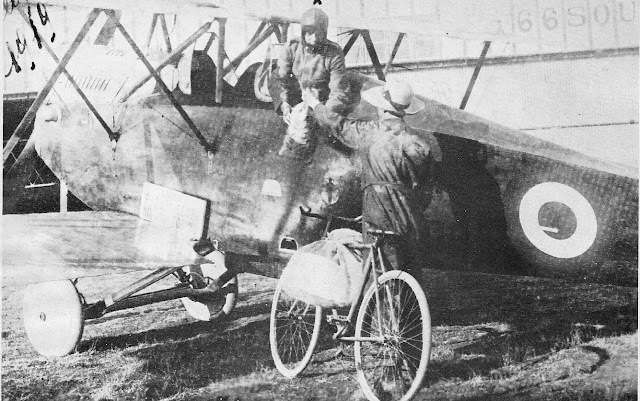 1919. The Royal Army wants to contribute to the development of air transportation. A SVA (Savoia Verduzio Ansaldo) of the 66th Fighter Squadriglia of the Italian Royal Army is loading the mail for the Pisa, Piacenza, Milan, Turin postal route. 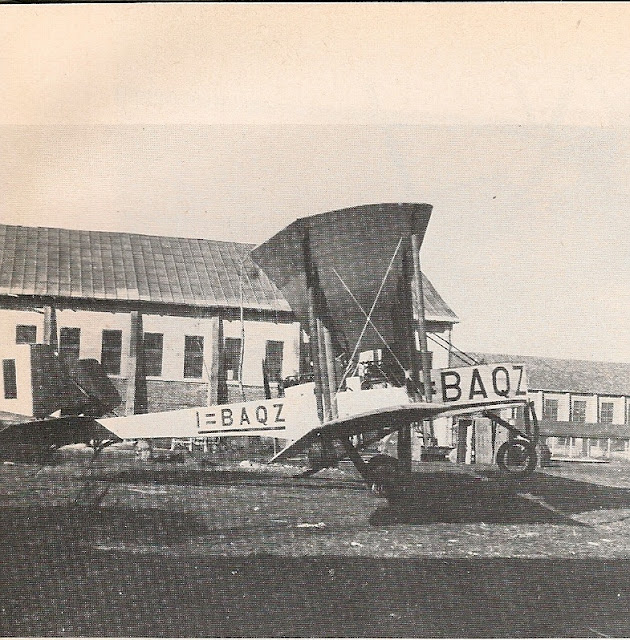 The Caproni Ca.1 (Ca.300 HP)  three-engine airplane was a former bomber, re-designated Ca. 31 and Ca.32 in the post-war period and modified for passenger service with the installation of a cabin. It usually was equipped with three Colombo D. 110 engines or, as an alternative, three 350 hp FIAT A.1o/I.F.-V. 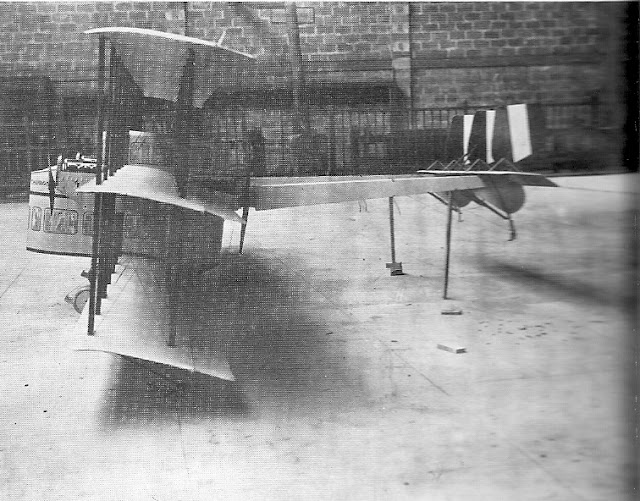 The Caproni Ca.5 was one the first military triplanes that were modified with an enclosed cabin to transport up to ten passengers. This version, with I.F.-V.6 or FIAT A.12 bis engines, was designed by Dr. Tommaso Sarri. 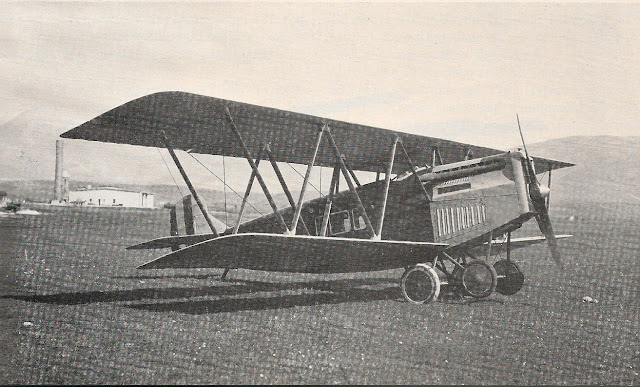 The beautiful FIAT AL (Aereo Limousine), equipped with a 300 hp FIAT A.12 engine, could carry five passengers at km/h 185 (100 knots) and was the first passenger airplane built by FIAT. 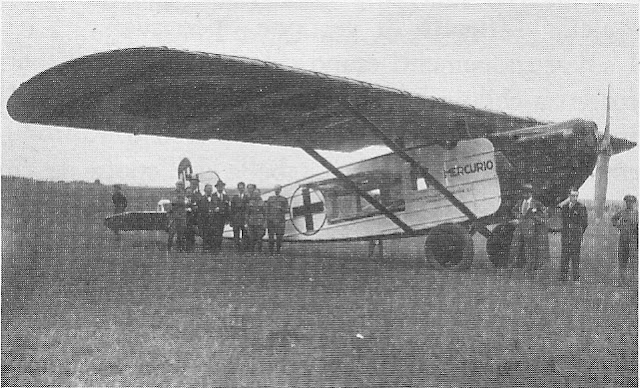 The beautiful Dornier “Mercurio” (Hermes) air-ambulance, could carry ten passengers with a 685 hp BMW engine. It was built by CMASA (Costruzioni Meccaniche Aeronautiche Società Anonima), under license from Dornier for a Swiss operator. German company Dornier licensed the construction of aircraft to foreign countries, to elude the restrictions imposed by the Treaty of Versailles. The fourth man from the left is Antonio Locatelli, who was killed by Abyssinian guerrillas in Ethiopia,  in 1936, and decorated with a gold medal for military value. 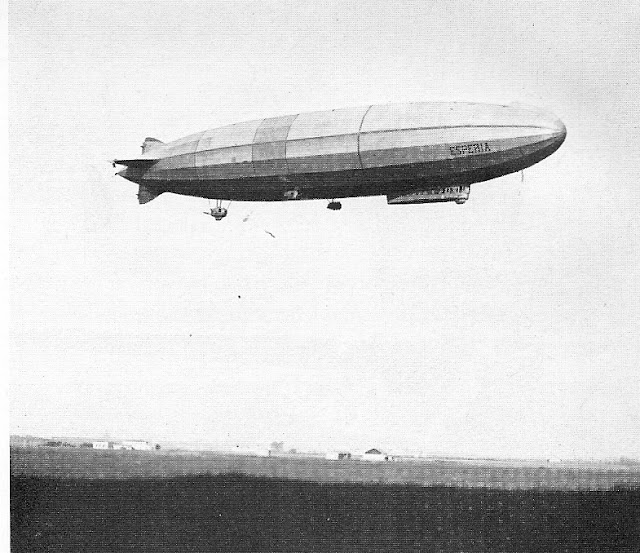 One of the early Italian civilian passengers routes was the Milan to Venice one that was instituted in 1920, and was flown solely  by rigid airships. This is the Esperia, in flight over the Po Valley. The Esperia was actually German Zeppelin LZ120 Bodensee, the first airship built by the yard of Friedrichsafen after WWI, which had carried out a very successful passenger service, before being turned over to Italy in July of 1921 as part of the war reparations. 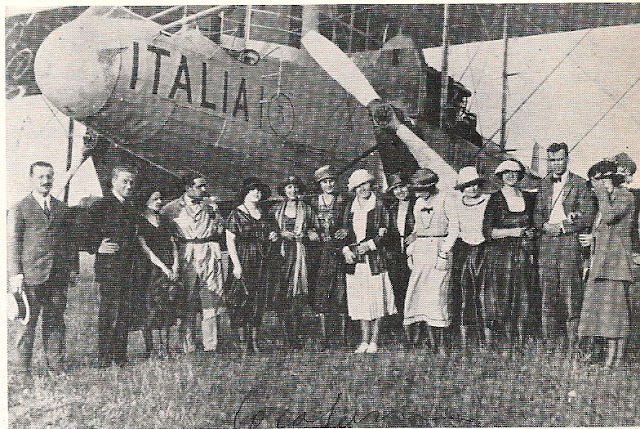 Breda gets into the act.
This Breda B.1, registered I-BAGM and christened Italia, was a Caproni Ca.5 bomber modified at the aircraft workshop of Bresso (Milan). It flew the Milan to Rome route.
Nippon-Italian cooperation.
In 1937 Fiat began the delivery of eighty-five BR.20 bombers, which were employed against the Chinese and the Soviets in Mongolia.
The training field was located in Korea. This picture was taken there, and it shows a group of Japanese pilots and Italian instructors, who were led by Capt. Fargnoli. 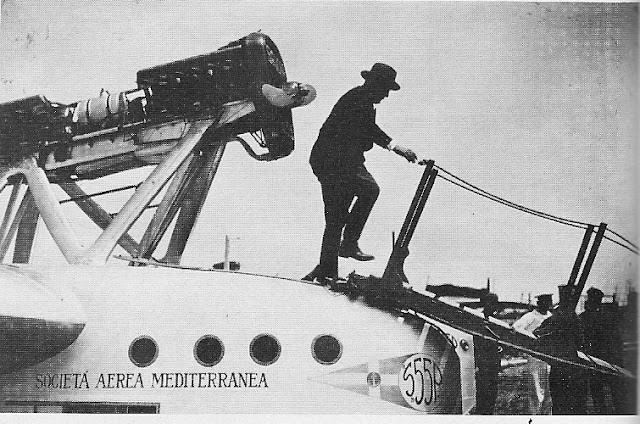 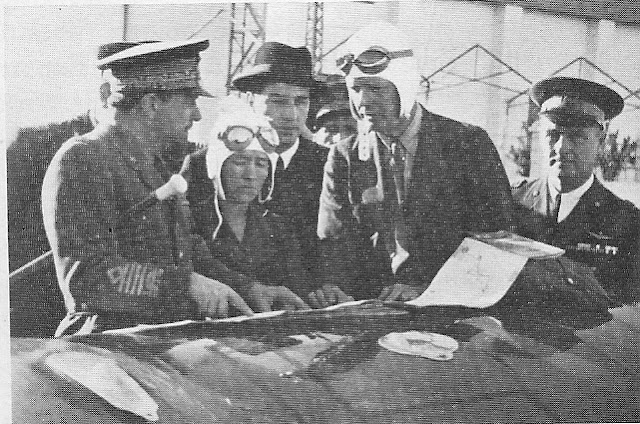 Castel Benito, Tripoli, Libya. March 1937.
Ann Morrow Lindbergh and her husband Charles are shown some of the way around the world by Air Marshal Italo Balbo. The Lindberghs' flight around the world was accomplished with a British Miles Mohawk airplane. 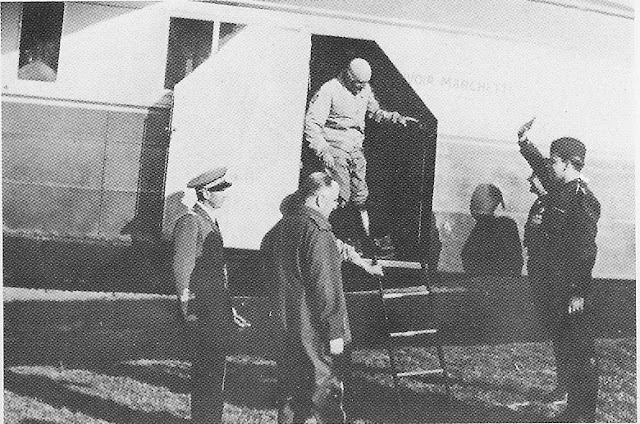 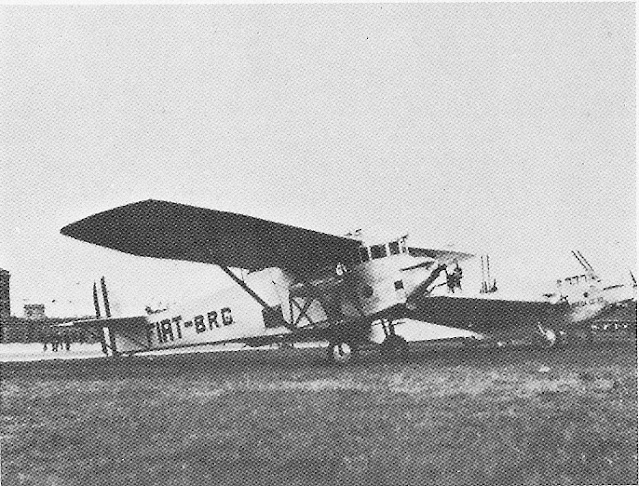 An Italian ugly duckling. A FIAT BRG (Bombardiere Rosatelli Gigante) at the Littorio Airport (now Rome's Urbe Airport) for the 1932 Giornata dell'ala (Wing's day). Behind it, there is a Breda C.C. 20 heavy bomber prototype.
More to come.
L. Pavese