Green Monster to the Rescue 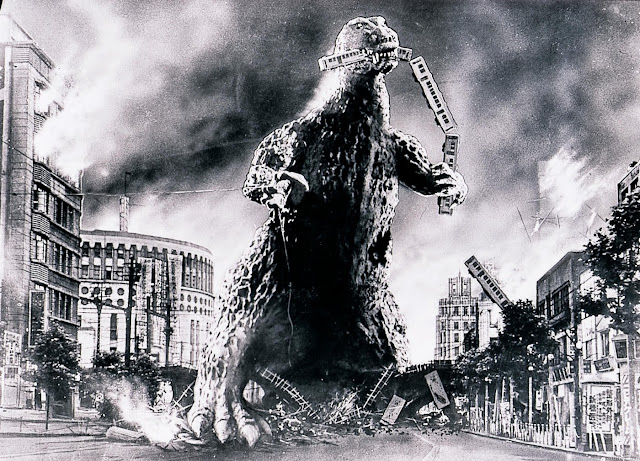 Imagine an early summer afternoon, you go to see Godzilla, with the obvious intention to have fun, to see nice special effects and, most of all, to admire, on the big screen, a story about the great struggle of Man against Nature gone mad. But instead, what do you find? A movie that overflows with environmentalist rhetoric from beginning to end.
Now, that Godzilla was a green monster (and as tall as a mountain, in this latest American version) was already known for the last sixty years; but his recruiting by the Environmentalist Crusade is just the last piece of news from an increasingly ideologized Hollywood.
A hint to ecology, a criticism of destructive and not always creative science was already present in the original 1954 Gojira (anglicized in Godzilla), directed by Ishiro Honda. The first Godzilla was, in fact, the monstrous incarnation of the atomic bomb, nine years after the dropping of the bombs on Hiroshima and Nagasaki. It was a new kind of monster; an unintentional product of the American nuclear tests in the Pacific, that had arisen to wipe out every human trace with its size, his radioactive breath and the fallout that trailed him like a deadly contrail.
It was a monstrous emblem of a science gone mad, into the hands of sorcerer’s apprentices that could no longer control it. Nevertheless, at the end Godzilla was killed by scientists; and precisely by a scientist who had managed to invent a new and equally destructive weapon, with which he killed the dragon and also himself: a Japanese sacrifice to take to the grave the secrets of the new weapon of mass destruction, and prevent it from falling into the wrong hands.
Therefore, the original Godzilla was a bitter analysis of the relation between science and ethics: the 20th century was the first century in which the unethical use of science could have caused the extinction of mankind; still, it was a struggle within humankind, between a good and a bad idea of progress. And to make a great movie they could have just replicated the original Godzilla along the same storyline, with 2014 special effects. 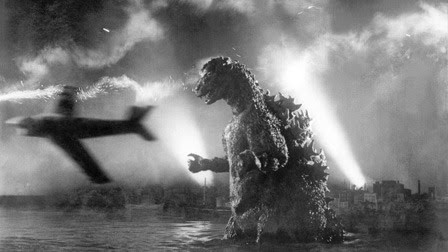 After twenty-eight Japanese sequels, ranging from horrible to unbelievable, the first remake from Hollywood, in 1998, stood out for its superficiality: a “science-fiction” movie, not very well thought-out, with a sorry monster that gets killed by a couple of missiles launched by F-22’s fighters. Pretty disappointing stuff, in other words. But this totally ideological remake directed by Gareth Edwards, still in theaters, is even worse.
First of all, the viewers are distracted by a host of monsters. There are in fact two huge cockroaches, as tall as skyscrapers, that feed on radioactive material and emit electromagnetic impulses (capable of deactivating electric circuits over very large areas) which de facto play the role of the first and only true Godzilla. The characters in the movie, and the U.S. armed forces, prove totally inept against these monsters (called MUTO’s, the English acronym of unidentified land organisms).
Especially because the screenwriter, who obviously does not shine for his strategic abilities, makes them do one stupid thing after another. Who is going to save us from these new radioactive monsters, against which men are totally helpless? (Or too stupid to be able to compete with them?): Godzilla, who is depicted here as a primitive force of Nature, our true Savior.
And so, all these useless little men, with their useless tanks, their aircraft carriers and their nuclear bombs can’t do anything but watching the monsters fight, letting three places be destroyed (Oahu, Las Vegas and San Francisco) and listen to a lecture after another from a Japanese scientist, who is the true narrator of the picture: Man is arrogant and must let Nature follow her course; he must realize that he should just obey her, etcetera etcetera. Reminders of recent natural catastrophes abound.
At the beginning of the movie, we watch the destruction of a Japanese nuclear power plant (Fukushima), and in the middle of the picture, the Hawaii tsunami (the great tsunami of 2004). They are not casual references: in fact, for environmentalists those were catastrophes in which people played a part, and caused by “global warming,” that is, according to them, a product of human industrial activity and the source of every new anomaly. In the not-too-subtle metaphor of Godzilla, the cause of both disasters are the monsters generated by human arrogance, that only Nature can counterbalance. And at what price: three cities wiped out, but then they all lived happily everafter.
The disappointment of Godzilla was foreseeable: the 21st century is the Green era. Even the Bible was re-written in a vegan key: in Noah, by Darren Aronofsky, God punishes mankind through the flood because...Man ate meat; and because he was “industrious.”
But the new environmental manifesto was launched with a great feeling for new trends by James Cameron in 2009, with his Avatar: a planetary hit, that is already a classic. In  Avatar, Man is the greedy, ugly yankee colonizer of a planet inhabited by primitive aliens who, of course, live in harmony with the “eco-system”, and their Gaia, like Gianroberto Casaleggio would like. 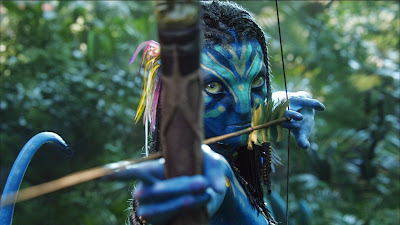 The humans (in Avatar) wanted to extract a precious mineral, but they were pushed back by the extraterrestrials, even though they fought with spears and arrows, like the Indios of old; and the hero is the only human being that becomes like an alien, changing sides. Avatar was the compendium of the environmental way of thinking: anti-growth, collectivist and fundamentally anti-human.
Even in a movie that was apparently foreign to the environmentalist theme, like Gravity (that was also reviewed by Roberto Dal Bosco in these columns), green fear is more than evident: space ceases to  be the new frontier, and becomes a dark, empty and dangerous place. Better to remain with one’s feet on the ground (as in the last frames of the film), and live in harmony with Gaia. It is now a rule set in stone: between Man and Nature, Nature must prevail.
If today they were to shoot a remake of Armageddon (the movie in Bruce Willis saves the earth from the impact with a comet), the director and the screenwriter would let the comet win; just to extinguish this hateful human race.

The article was originally published on the Italian on-line daily La Nuova Bussola Quotidiana and was translated and published here by permission from the author.
Your comments will be very appreciated. Thank you,
L. Pavese