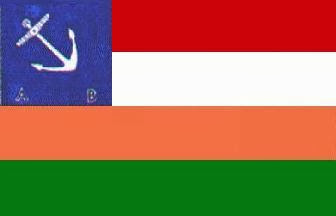 The Italian volunteers for the Boer cause.
By Alberto Rosselli (Translated by L. Pavese)

In a clearing near the city of Dundee, in Southern Transvaal, a tall and bearded officer of the Boer army wearing a worn broad-brimmed hat and carrying a Mauser rifle is reviewing a curious-looking unit, consisting of three hundred soldiers, dressed and armed in the most varied and colorful ways.

The officer is haranguing the soldiers, inciting them to fight the British oppressor who is bent on wiping out the Boer state’s freedom dream. At first sight, the scene would not be an incongruous one because, a few weeks before, the  Boer president Paul Kruger had begun the mobilization of the Afrikaners against Her Majesty’s army.  This unit, however, had been formed by Italians residing in the Transvaal who were determined to give their contribution (together with German, Austrian, Irish, French and American volunteers) to the cause of the African Dutch, whom Queen Victoria had promised to eradicate from the land of gold and diamonds.

At the head of the Italian legion (or, as General Piet Joubert called it, “Die Italiaanse Korps” or the “Italian Scouts”) was a thirty-four-year old Piedmontese fighter and war correspondent, Giuseppe Camillo Pietro Ricchiardi, born in Alba and already a veteran of many campaigns in the Philippines, Siam, and  China, behind a sword as well as his typewriter.

The war between the Boers and Great Britain had broken out only a couple of months before (on October 10, 1899), and in Colenso, by that December, Ricchiardi already had had the chance to show off his worth as a fighter. At the beginning of November, near Chievelrey, he had led a victorious assault against a British armoured train and captured several enemy soldiers and officers, among whom there was a young reporter by the name of  Winston Spencer Leonard Churchill, who had been attached to the South African Light Horse Colonial Regiment.

General Louis Botha had tasked Captain Ricchiardi, who already led a small group of 50 Italian volunteers, with organizing in Johannesburg a volunteer battalion formed almost entirely by Italian miners, cooks, hunters, farmers, ranchers and explorers; and the former Second Lieutenant of the 4th Cavalry Regiment “Genoa” had not waited to be asked twice. Thanks to his charisma, his persuasive eloquence, his looks that resembled the figure of a Garibaldian leader, and the help of First Lieutenant, Count Pecci and Major Caldara, Ricchiardi was able in record time to gather and train in the use of weapons about 280 compatriots.

In January 1900, Ricchiardi was promoted Feldcornet (Major) and was given permission to appoint his own curious and almost entirely Italian and aristocratic staff, consisting of Captain Edgardo Rossegger, from Trieste, the Genoese-Dutch-Italian Giobatta Van Ameringen, and the Lieutenants (and Barons) Von Carlsberg, Paratico di Lantieri and Von der Lippe. Lieutenant and reporter Eugenio Boccalone (from Genoa), Corporals Rizzola (from Cesena), and Carmelo and Francesco Degiovanni (from Catania) completed the group.

Ricchiardi, who was a gourmand, had  also inserted in the staff the chief mule driver Silvio Sella, who, notwithstanding his name (sella means saddle in Italian) and his job, happened to be also the best chef in Johannesburg.

On January 24, 1900, during the bloody and famous battle of Spionkop, the members of the Italian legion covered themselves with glory, charging with bayonets a large British unit and causing it to flee. The following month, the Italian Brigade (as the Britons called it) took part in more fights and, because of its extraordinary maneuvering capability and aggressiveness, was mentioned several times in the war bulletins from Pretoria. In May, following the addition of many fresh French volunteers, the “Italian Legion” changed its name to the “Latin Brigade,” reaching a force of 2000 men.

On September 1st, 1900, Ricchiardi (who by now was known as the African Garibaldi) was promoted to Colonel and commander in chief of all the foreign volunteer units (the German Legion, the Austrian Corps, the International Irish Brigade, the American Explorer Group and the French Corps); but the Italians remained the hard core of the Latin Brigade.

When the Autumn of 1900 was approaching, horse mounted patrols of legionnaires specialized in sapping actions behind the British lines, harassing the enemy units. After blowing up an ammunition depot, the commandos led by the Genoese Giovanni Carcioffo left the following jeering message for Lord Roberts, the commander in chief of the British army: “We will be back again to see you. Tell your soldiers not to sleep so much! The Italian Legion!”

But notwithstanding the heroism of the Boer army and its international allies, the war was turning in favor of Great Britain. The Britons by then were enjoying an overwhelming superiority, to say the least, in terms of number and equipment.
At the beginning of Fall of 1900, President Kruger, after having thanked and praised the Legion, ordered it to disband, but not before he had regularly compensated the troops. A few days later, all the volunteers crossed the border into Mozambique, heading to Lourenço Marquez (Maputo), where a steamer was waiting for them. Only a small group of diehards (not more than twenty and all Italian) remained behind in Boer land. Their names are unknown. They would fight till the end in the area of Komatipoort (in northern Transvaal) beside their Boer brothers.


Colonel Ricchiardi and the other Italian and foreign veterans (386 out of the original 2000) landed in Trieste on October 31, 1900, welcomed by a small crowd and a reporter from the daily newspaper “Il Piccolo,” who described the scene as follows:
“I meet Colonel Ricchiardi aboard the steamer Stirya. Notwithstanding the suffering, he’s still young: he’s a splendid type of gentleman-soldier...Before ordering his men to disembark, he asks a boy to play the Boer national anthem, one last time, with the harmonica...all the volunteers uncovered their heads and followed... A solemn and sad song rose from the bridge and it ended with a thunderous Hurray for Kruger! Hurray for the free Transvaal!”

The epic of the “Italian Legion” was over.

Alberto Rosselli is an Italian historian and an author who also contributes to several daily newspapers. He edits the Italian magazine Storia Verità (appropriately called the "non politically-correct history magazine"), from which this article was taken and translated with his permission.

Mr. Rosselli is also the author of an interesting book about the Turkish Air Force in the First World War, entitled "Le Aquile della Mezzaluna" (The Eagles of the Crescent"), whose cover you can see below: 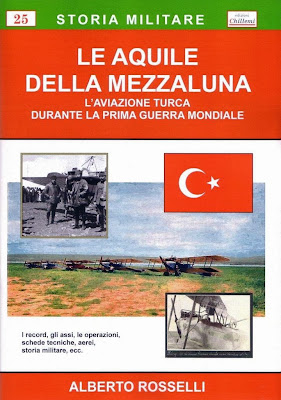 Enjoy this "Forgotten Weapons" video about the Mauser rifles used by the Boer.

I hope you enjoyed the article and your comments, as usual, will be greatly appreciated.


Thank you, (and many thanks to J.J.P. for reviewing the English text).