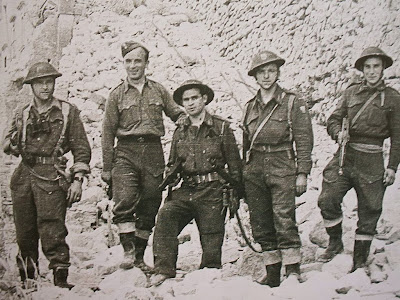 The Poles of Montecassino
By Marco Respinti.
Translated and edited by L. Pavese

Cassino, Italy, in Terra di Lavoro (the ancient Liburia), is the seat of the Historiale, a “living museum” that teaches us a precious lesson: good and evil never change, even in the extreme case of war. Not very far from there rises Montecassino, the heart of Europe, that is, the core of that Christianity that evolved into the civilization, the institutes and the institutions that bear the monastic seal of Saint Benedict of Nursia.
There pilgrims may admire a sumptuously rebuilt abbey. The original was wiped out by American bombs on February 18, 1944, while its treasures were rescued by Bishop-Abbot Gregorio Vito Diamare (1865-1945) and German Lieutenant Colonel Julius Schlegel (1895-1958). Afterwards, Bishop Diamare said Mass for the rescuers and gave the Colonel a handwritten document of  appreciation written on prized parchment, in accordance with the ancient Benedictine tradition. 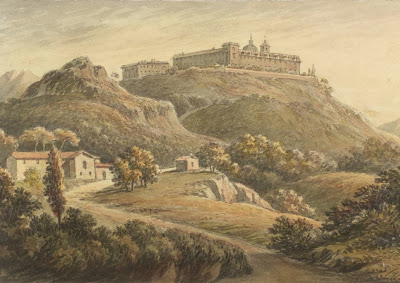 Montecassino stood astride of the Gustav Line that separated the Wehrmacht from the Allies and was of utmost importance for the liberation of Rome and the fate of the Italian campaign. No less than four battles were fought on the slopes of the mountain. The infamous bombing occurred during the second one. 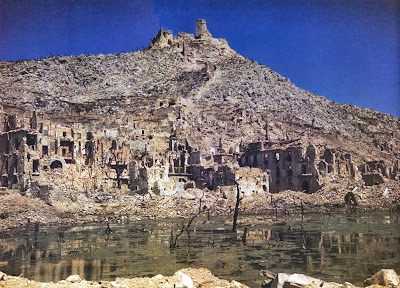 The last engagement, the decisive one (from the 12th to the 15th of May) bears the indelible mark of the anti-communist Polish Catholic soldiers  who, as part of the British 8th Army and under the command of General Wladyslaw Anders (1892-1970), were the ones who led the way for the final victory of the U.S. 5th Army.
General Anders had fought in the First Word War as a subject of the Russian Czarist Empire. He was a veteran of the Great 1918-1919 Poland Uprising against Germany and of the Polish-Soviet war of 1919-1921, when a newly independent Warsaw opposed the hegemonic aims of communist Moscow.
Anders was wounded and captured by the Soviets who offered him either the head of a puppet Polish government or the leadership of a Red Polish army. He refused and was sent to the torture chamber at the Lubyanka; but when the Germans launched  Operation Barbarossa, the invasion of the USSR (June 1941) Anders, who had foreseen it in detail, changed his mind and became the commander of an army of Polish prisoners.
He worked everything out with the Polish government which, after the partition of Poland between the Third Reich and the USSR was in exile in London, and his troops were incorporated into His Majesty’s forces. The agreement also called for the transfer of about 80,000 Poles (plus women and children) to what is now modern Iraq, under British protection. There the Polish Army destined for Italy was recreated.
Once in Palestine, 3,000 of  Anders’ Jewish men deserted and joined the Irgun Zvai Leumi of Menahem Begin, that is, the Zionist National Military Organization that later would fight the Britons.


In Montecassino the story of Anders’ Poles became legend. Climbing up the Italian peninsula with the Britons and the Italians, the Poles broke the inflexible Germans and prepared the ground for the final victory. Rome was freed and Anders reached Emilia victorious: the advance to Bologna was a true epic feat.
But meanwhile, in Yalta, Moscow had become the friend of the Allies, in view of the future partition of post-nazi Europe; and that marked the end of the 2nd Polish Army, which was dismembered and destined to oblivion. To keep Anders close during the final days of the war, London promised him citizenship and jobs for everyone, but it was just the last lie; similar to the other famous lies that condemned to death thousands of anti-communist Cossacks, Croats, Slovenes and other Caucasians, who were forcefully repatriated to Stalin-controlled territory. Italian author Luciano Garibaldi dedicated to them a chapter of his book: La guerra (non) è perduta. Gli ufficiali italiani nell’Ottava Armata Britannica 1943-1945. (The War is (not) Lost. The Italian Officers in the British 8th Army 1943-1945.)
But what about the Italians? By then the communists ran the show, so on their propaganda sheets the Poles of General Anders magically turned into “fascists” and “reactionaries,” but on on June 20, 1944, Pope Pius XII awarded General Anders the medal of Defensor Civitatis (Defender of Civilization) for the courage he had demonstrated in Roman theater of war.

After the war, most of the Polish fighters chose to live in the English-speaking world; and so did Anders, who became part of the exiled Polish government in London. He died in the British capital but he wanted to be buried in the military Polish cemetery of Montecassino. More than 6000 Poles died for the liberation of Italy. There, where their commander is also buried it is written:
“They gave their souls to God, their heart to Poland and their body to the Italian land.”
In the summer evenings, I told this adventure to my two sons.  I explained to them that  it is being retold by a historian friend of dad named Garibaldi, who luckily has nothing to do with Giuseppe. Recently, at a flea market run by Poles, the older of them (he’s eleven), who is affected by “militaria” as every young male is, after lengthy pondering through mementos and antique objects, bought an old kaki cartridge pouch of the Polish Army of WWII. “Anders’ guys…,” he said to me, brightening up.
Probably not. But fables are nice to tell, to hear and to believe; especially when they’re true. 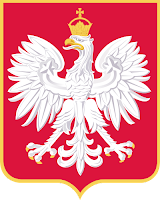 This article by Marco Respinti was originally published on the Italian online magazine La Nuova Bussola Quotidiana and was translated and published here by permission. Your comments, as usual, will be greatly appreciated. Thank you, (and thanks to J.J.P. for reviewing the English text).