The new U.N. Arms Trade Treaty: Inspired by do-gooders and sealed by hypocrites. 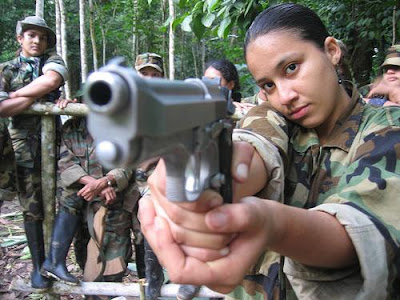 Every western government has expressed satisfaction, and the non-governmental organizations even expressed their enthusiasm, after the seal, by the General Assembly of the United Nations, of the new international treaty on the sale of conventional weapons, the ATT. It seems like nobody has noticed the curious paradox of this treaty, considering that it was promoted by the major Western exporters of weaponry. First among them the United States, who alone sells more than half of all the weapons that are exported in the world, followed by Great Britain, France, Germany and Italy.
In concrete terms, the plan won’t have much of a chance to be actually implemented, because it is partially contradictory and many of its clauses are really unenforceable, or are subject to interpretation; especially in view of the fact that most of the on-going wars are being fought by rebel movements opposing states and regular armies.
The treaty envisions that all the 154 countries that consented to it will eventually pass their own national arms export legislation, concerning conventional weapons (such as airplanes, helicopters, tanks, artillery and portable guns), forbidding the sale to countries subject to an embargo, in which genocide or other crimes against humanity have been committed, or to terrorist organizations.
In theory the principle is flawless, though wars are actually fought by people and not by weapons. Suffice it to say that in Rwanda, in 1994, the extermination of almost a million people was perpetrated mostly with machetes and hoes.
Just as a practical example, if the treaty was in effect today it would forbid the provision of every kind of weapons to the regular armed forces and the rebels in Syria, since both factions have been involved in the killing of civilians.
The Russians, who are supplying the government in Damascus, and the Arab and Western countries who are covertly supporting the rebels, are already violating the spirit of the treaty which, in any case, does NOT explicitly forbid the sale to insurrectional movements, like Russia and China, and thirty more countries that abstained from voting in the U.N., would have liked.
Is it possible to justify the sale of weapons to the Syrian rebels, considering that among them there are the fighters of the al-Qaeda-affiliated Al-Nusra Front? These are militias who have been declared terrorist by the Americans and the Europeans, but not by Qatar, Saudi Arabia and, for that matter, not even by the Muslim Brotherhood who is leading the coalition of rebel forces. 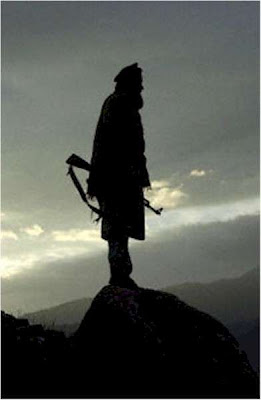 As it is always the case, throughout the course of history, the difference between terrorists and insurgents, criminals and partisans, depends on the point of view, and it is usually defined by the victors.
The treaty that was signed at the U.N. leaves a lot of room for contradictory interpretations, which make it impossible to enforce. What about, for example, the provision of Russian weapons to the army of Mali, which was backed by the U.N., by the U.S. and the E.U. in its fight against al-Qaeda? Is it legitimate to sell arms to the troops of Bamako, who committed acts of retaliation and crimes against civilians of Tuareg and Arab ethnicity in the northern territories, after they were liberated by the French troops? It is lawful to train and to arm such an army, but is it not permissible to sell weapons to other African regimes that are not protected by the international community?
This way, the treaty will only end up penalizing the export of the nations that produce lower technology weapons at a lower cost, such as the North Korean and the Iranians (in fact, Pyongyang, Damascus and Tehran voted against the approval of the treaty) who, together with the Chinese and the Russians are flooding the African market with affordable products, which nevertheless are more suitable to the needs and the means of the buyers.
Western countries, on their part, officially sell (mainly high technology systems) only to legally internationally recognized states, while more questionable provisions are made covertly. Besides the more recent episodes reported by the media, concerning weapons given to the Syrian rebels by the C.I.A, it is worth remembering the French supplies for the Libyan rebels, which were off-loaded in Benghazi under the cover of humanitarian aid, or air-dropped behind the lines of the insurgents at the Tripoli’s front-line. Or the Russians weapons, originally from a load that was seized a few years ago aboard a ship headed to the Balkans, which were passed by the Italians to the militias of Cyrenaica. (A very embarrassing affair, about which the Italian government has imposed the State secret).
The most comical rule of the treaty is the clause that demands that every exporter should evaluate if the weapons that are sold could be used, in the future, by organized crime, to violate human rights or to arm terrorist groups. These are certainties that are impossible to obtain. Could the countries who supplied light weaponry to Qatar and Saudi Arabia have foreseen that the arms were going to be passed to the Libyan or the Syrian rebels?
Italy sold fire control systems for the Syrian tanks, but the Italians couldn’t have certainly imagined that they would be used to aim at the civilian dwellings of Aleppo. The British sold weapons to the Saudi for billions of Pounds, without thinking that, one day, the Tornadoes strike aircraft would bomb the Yemeni villages controlled by al-Qaeda. Should whoever sold the armored vehicles to Riyadh and Doha have foreseen that they would be used to crush the revolt in Bahrain?
It is very unlikely that the treaty will succeed in limiting the sale of weapons to whomever needs them; on the other hand it will contribute to strengthen an already thriving black market. This is a shadow marketplace, which does not directly involve governments, and it is already saturated by the weapons that were stolen from the depots of the Iraqi and the Libyan armies, or from the Syrian barracks; or by surplus weapons that come from many of the former Soviet republics or are sold through brokers from rogue countries, and are more than sufficient to feed a good number of low intensity conflicts for a long time.

Gianandrea Gaiani is an Italian author, an historian, a former war correspondent and the editor of the Italian on-line magazine Analisi Difesa.
The article you just read was originally published on the Italian daily newspaper La Nuova Bussola Quotidiana.
Your comments will be greatly appreciated.
Thank you.
Leonardo Pavese