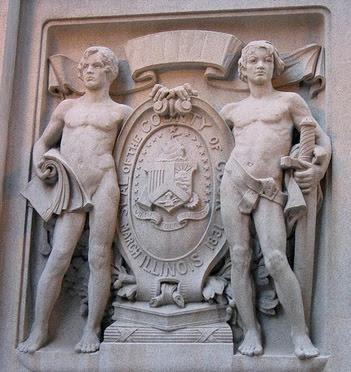 We want more state in our marriage!
Di Stefano Magni.
(Translated and edited from Italian by L. Pavese)


To observe the debate on the new marriage law in France means to lose all hope for the cause of individual freedom in the Hexagon. Both sides are invoking even more state regulatory power in the lives of families. That is certainly the case for the socialist backers of the law, which would equalize homosexual and heterosexual marriages, allow homosexual couples to adopt children and, of course, extend entitlements of every kind to the new type of family. In a country which extracts a tax rate of 75% from the income of her “richer citizens”, prompting actor Gerard Depardieu, and others among her most productive citizens to escape, they want to extend public expenditure to those who, until yesterday, were de facto recognized couples.

But, above all, the state will be allowed into a sphere from which it was excluded. From now on, in fact, homosexual couples will also be married at city hall, publicly registered and given a series of duties (and rights) which till yesterday they didn’t have, because their affective ties were a purely private matter. Therefore in France, as in the U.S. and in Italy, we are witnessing the paradox of a minority, the homosexuals, who are not asking for more freedom, but rather for more state regulations.


In the United States, the progressives liken the “cause” of the homosexuals to the struggle for civil rights of the African-Americans. But in the 1950’s the situation was very different. Martin Luther King asked for something less: less government control, fewer barriers for blacks in jobs, neighborhoods, public transportation and everywhere blacks were banned. Basically, they were asking for fewer rules. The defenders of “gay rights” in France, like in the U.S.today, want more laws, more safeguards, more welfare. If this is not a paradox...

On the other side of the debate, there should be the ones who, on the contrary, ask for the de-nationalization of marriage. Catholics, for historical reasons, should be very interested in backing this cause. Especially in France, where civil marriage ceremonies were declared mandatory by the Jacobins in 1792 as a way to fight the Church and eradicate Christian families and society. Moreover, homosexuals would have a lot to gain if marriage reverted to be what it has always been: a contract between private individuals, without a state in the way, which rules every aspect of the union. There would be harmony of objectives. Which, there isn’t. Because, unfailingly, the French Catholics and the members of conservative and moderate organizations who filled the squares in protest want even more state intervention. They want the Jacobin version of marriage. They defend the present family law. One of the most popular slogans in the recent pro-traditional family march was: “We are all guardians of the Civil Code”.


The (French) Federation of Catholic Families Associations wrote: “If there weren't a common reference point, we would have a “do-it-yourself” marriage, marriage reduced to a private matter. Marriage would be stripped of its power of identification and reciprocal acknowledgement in the context of society”.

Tugdual Derville, who is the coordinator of the “Everybody’s March”, which will be held next May 26, talks in very anti-capitalist and anti-individualist terms, very much like the French extreme left. In his manifest, he writes: “Tomorrow, Man will be raised in farms. He will be produced to be used and consumed by the drug industry. He will be sold over the counter, or in websites dedicated to procreation meetings, and eventually fired by financial interests and killed by lethal injection to meet the target of the 3% growth of GDP.”


So? Is he invoking the power of the omnipotent  state, to prevent the market from enslaving us? This is nothing different from what a communist no-global would say; and it


is the opposite of what libertarian (and Christian) U.S. Representative Dr. Ron Paul said: “I defend the voluntary associations of people, whatever we want to call them”. If the family is a natural institution (and it is); if it is understood that “...the traditional family structure is not a legal concoction, but it is the result of natural human tendencies, it won’t certainly disappear because two men live in the same house and call themselves married,” as Jeffrey Tucker, of the Mises Institute, wrote.
People who want to protect the traditional family should not fear the disappearance of heterosexual marriage. But in France, evidently, now nothing exists outside the collective, the state and its laws. Nothing, not even the family.
Therefore, what is not regulated from Paris is no more.

The article was originally published on the on-line edition of the Italian daily newspaper L'Opinione . It was translated and published here by permission from its author.
Your comments, as usual, will be greatly appreciated.
Thank you very much.
Leonardo Pavese