The credibility of the Italian military news releases, between silence and politically induced censorship, has always been shaky; but these days it really looks like it’s about to collapse. After the information regarding the costs of the F-35’s fighters (for the Italian Air Force and Navy), which were published after having been “discounted” quite a bit, and the silence about the final bill for the military parade of June 2nd, the latest serious episode concerns the death of Army Corporal Tiziano Chierotti, the fifty-second Italian casualty in Afghanistan.
Chierotti was killed on the 25th of October by Afghan “soldiers” in the village of Siav, 20 kilometers from the headquarters of the 2nd Italian Alpine Regiment in Bakwa (in the province of Farah).
Fausto Biloslavo tells the story on the Italian daily Il Foglio in a very detailed report from the village, in which he quotes the testimonies of the other soldiers who participated in the fight.
The report completes, and partly contradicts the very meager account released by the official military sources, who simply reported an attack carried out by a handful of rebels. “The Taliban activated two soldiers to kill the Italians,” declared Major Gul Ahmad, chief of the Afghan police in Bakwa; telling how two Afghan military men (whom he names), based in Siav, waited for the arrival of the Italians to attack them with rocket launchers and machine gun fire, in an ambush in which groups of rebels who had taken up position in the vicinity also participated. That’s an important point, because in Siav there’s a military outpost controlled by a platoon of the Afghan National Army. It would have been impossible for the Taliban to wait in ambush in the village, or in the surrounding area, without the soldiers noticing them; therefore, it’s more than right to suspect the complicity of the Afghan soldiers with the rebels. In the exchange of fire, which lasted about fifteen minutes, one of the two renegade soldiers was killed, but the other one managed to escape with the guerrillas. 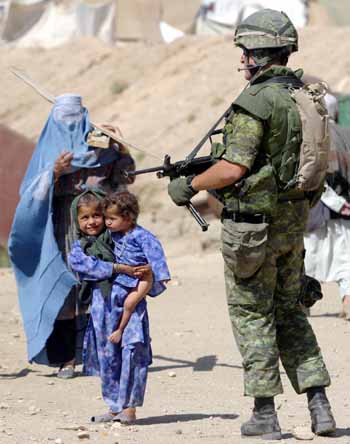 The report by Biloslavo is very detailed and rich with witnesses’ accounts that honor the men of the Second Platoon, who responded to the enemy fire without consequences for the people in the village. But the most serious aspect of the story is the now obvious unreliability of the official Italian sources of information which, in Herat as in Rome, are once again incomplete, lacking, sketchy, and reluctant to provide detailed information about combat situations which involve Italian troops.
This is not the first time that national media sources have shed light on the most thorny aspects of combat episodes, and the Italian casualties, of the Afghan war, that all the Italian administrations, including the current “care-taking” government of un-elected “technicians,” have tried to hide, even if they have nothing to do with military secrecy. It goes without saying that the excuse, for the various omissions, is always that their silence is imposed by the ongoing investigation; but it’s obviously nothing but a smoke screen.

This past year, the Americans, the Britons, the French and the Australian divulged, without censorship, the details about the killing of about sixty of their soldiers, cut down by “our allies”, the Afghans, notwithstanding the fact that they were still investigating every single occurrence.

Moreover, the fact that Corporal Chierotti was killed by Afghan military men doesn’t affect in any way the development of the investigation. It just looks like Rome wants to keep hidden that sort of episodes which other allied contingents report in detail; that is, “green on blue” episodes, which have already caused at least one death, and half a dozen wounded, among the Italian troops. 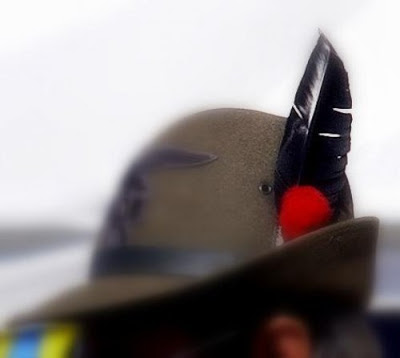 Maybe, the reluctance of the Italian authorities is understandable, because to talk about Taliban in Afghan Army uniforms would only amount to admit that the Kabul’s troops are not ready to relieve the Italian forces, who are withdrawing rapidly from the hottest western areas of the country. These “insider attacks” belie the fable of the orderly transition from the Allies to the forces of Kabul, and someone just prefers to keep quiet about them.
It could also be that nobody talks about it not to contradict Italian Defense Minister Di Paola who, on the 11th of the October, said that these kinds of attacks were “decreasing”, notwithstanding the fact that, actually, this year they reached a record, with respect to the eleven preceding years of international military presence in Afghanistan.
Or, maybe, it’s not to contradict the numerous statements by generals and ministers (not only Italian, to be fair) who lately have been praising the increased combat readiness of the Kabul’s Army. After all, next December our (Italian) Alpine troops will leave Bakwa, leaving their Camp Lavaredo base in the hands of about one hundred Afghan soldiers; and who knows how many of these Afghan soldiers are actually in cahoots with the Taliban or the drug trafficking guerrilla? 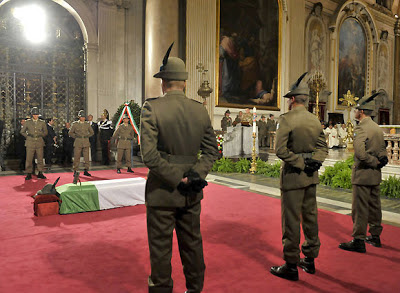 The case of Corporal Chierotti is really a “Waterloo” for the military information system (which, strangely, most media have not reported), and it is at the same time ridiculous and absurd.
It’s paradoxical that Afghan officers would report, unreservedly, insider attacks about which the Italian authorities don’t want to comment; unacceptable, that our armed forces, who are in Afghanistan supposedly to defend democracy, have to take lessons of transparency from their Afghan colleagues; and outright ridiculous: on the same day that Il Foglio published the report about the death of the 24 years old Alpine trooper, the Italian headquarters in Herat divulged, in a communiqué, that the Italian soldiers with a family, stationed in Farah, are wearing a little heart with an Italian flag on their fatigues, which says: “My daddy is in Afghanistan”.
Comments are superfluous.

But your comments to this article will be very appreciated. Thank you.
Leonardo Pavese.

Gianandrea Gaiani is the editor of the on-line magazine ANALISIDIFESA. He also writes for the Italian daily newspaper Il Foglio.